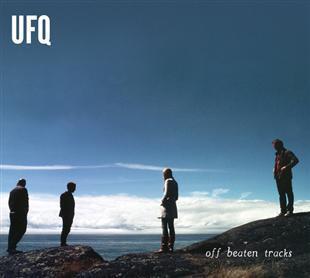 The album Off Beaten Tracks from the Urban Folk Quartet takes the listener on an entertaining journey around the band’s musical influences. Traditional British folk, Americana and Spanish themes feature, while a Middle Eastern vibe is particularly effective on Zephyr/ Storm Chasers.

The band are made up of Joe Broughton (known from the Albion Band), Paloma Trigas, Tom Chapman and Frank Moon playing fiddles, guitar, mandolin and the oud and cajon drum, the latter two being Arabic and Spanish percussion instruments, respectively.

The Urban Folk Quartet are at their best on the instrumental tracks, weaving excellent fiddle playing, cajon percussion and other strings into intricate and beguiling mood pieces. Particularly good are The Missing Jig and Polca de Areeiras. Several songs are also featured on the album but the vocals don’t have quite the same authority as the instrumental work and perhaps feel a little understated.