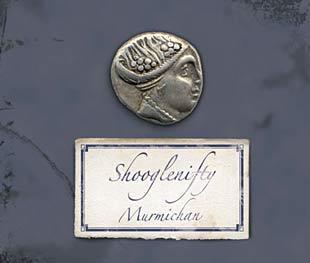 Not usually a fan of entirely instrumental works, I approached Murmichn with slight trepidation. But despite my personal bias telling me I should dislike the album, it won me over with the sheer energy of every performance and the sheer impertinence to fly in the face of traditional generic boundaries.

Before that however, Murmichan has been split into two volumes with each disk showcasing a particular facet of the band’s performance. The first was recorded over the course of a week and features the band as they would sound if you saw them live. In contrast the second disk is a mixture of remixes and actual live performances, adding an extra dimension to the band’s sound and an intimate view of how each track has come into being.

’Road to Bled’ has both the first and the last word in Murmichan. With a distinctly Eastern European twist from the off, the track transcends the musical boundaries in a way that only the creators of Hypnofolkadelia and Techno Celidh can do. What surprised me most though was how amazingly the various instruments meshed together with neither one upstaging the other.

Boundaries are pushed in every track, ’Dancing Goose’ for example features a bass-line more often seen in 70s-style pop/rock records and yet Angus Grant’s exceptional Celtic fiddle line floats over the top as if there was no question that this is how music should sound.

The album’s second CD is even more rebellious with each mix pushing at the boundaries more than the one that came before. Of particular note is ’Sulphur Mountain Cosmic Ray Station’ which conjures up stereotypical alien imagery of flying saucers and little green men through the wonderful use of generic computer blips just at the right moment.

Of all the tracks, however, ’The Vague Rant’ has to be my personal favourite. Led by the fiddle from start to finish the mix of repetitions and slight variations of the melody immediately give the impression of somebody ranting on about nothing really in particular. And yet, once put to music it becomes both interesting and entertaining.

Cheeky, impertinent but, at the end of the day, simply brilliant!

Released by Shoogle on 5 October 2009