The Random Family - Married To The Sea 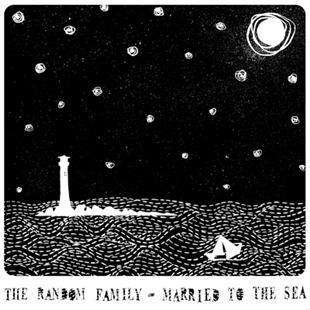 Married to the Sea is a new release from Liverpool based folk & roots collective, The Random Family.

A strong point of the group is their vocal harmonies, particularly in Mother Pray with its strong echoes of slave spirituals. The American theme continues with the bluegrass sound of Lonely Mountain, while a more traditional element is a lovely original arrangement of Fighting for Strangers with its familiar elements of recruiting sergeants and battlefields. The song opens and closes with harmonies, with the middle being faster paced and very melodic. In contrast, Just Once and Silver Moon are closer to mainstream singer-songwriter material.

The versatility of The Random Family is apparent from the ease with which they switch between British folk, bluegrass Americana and a more ’pop’ sound. This is an accomplished, varied and very accessible album that should have broad appeal.