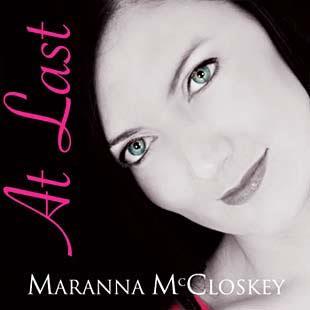 Maranna McCoskey is a singing prodigy from Derry who won several Fleadh singling contests. She achieved early recognition with the well-respected Irish traditional group Oige, in which she replaced Cara Dillon. ’At Last’ is her first independent album, released in February 2009.

The album is essentially a compilation of Irish ballads in both English and Gaelic, with several self-penned tracks alongside traditional standards which may not be familiar to some readers, such as ’Magherafelt May Fair’ and ’Cá Raibh Tú Ar Fleadh An Lae Uaim’. There is a pleasing consistency of style between the the traditional and new material. The original material includes ’Fraser Island’, a tale about Australian aborigines (first released on an EP in 2003), and the introspective and attractive ’At Last’, inspired by McCloskey’s religious beliefs.

The great strength of the album is Maranna McCloskey’s clear and beautiful voice, which is highlighted by the use of comparatively simple instrumental arrangements. In fact, it is a slight disappointment when this simplicity is undermined with, for example, the inclusion of a saxophone on ’Fraser Island’ leading to an overproduced sound.

This album is well worth a spending some time with, although with a running time of only 36 minutes, more could perhaps have been included.

Released by Copperplate Independent on 23 March 2009.