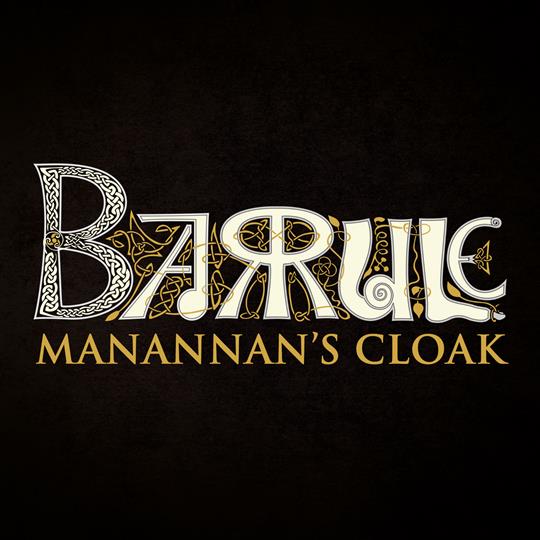 Following the success of their self-titled début album, Barrule are back with 10 stunning new tracks. Manannan’s Cloak continues to celebrate Manx music and explores the tunes, song, language, mythology and culture of the tradition.

The trio: Jamie Smith (accordion), Tomás Callister (fiddle) and Adam Rhodes (bouzouki) - each accomplished musicians - have once again excelled at bringing the traditional music of the Isle of Man to a wider and more curious audience. They share their impressive knowledge of Manx music with listeners through stories and tunes. The album is undeniably unique in its focus on a musical tradition which is truly deserving of further recognition.

The album begins with a set of tunes dedicated - by the band - to none other than Manannan himself: protector of the Isle of Man. The musicians, with soaring fiddles and a beautiful arrangement, set the scene for the remainder of the album and introduce new listeners to the tradition and focus of the album.

Barrule use carefully selected and arranged songs and tunes to celebrate and explore the legends, culture and language of Manx music. Powerful vocals, where the instruments fall into the background, give the listener the chance to hear the Manx Gaelic language. It makes for an interesting listen and highlights the band’s interest in representing the tradition in its entirety.

Some of the themes covered by the group may be familiar to listeners - fishing, love, theft, murder - favourites of all well-loved traditional songs. But to those new to the traditional music of the Isle of Man, there will certainly be an air of mystery surrounding the songs and stories.

The trio take inspiration from both people and places resulting in an album which varies in speed, mood and dynamic throughout. From sleepy melodies to vigorous, powerful songs, the album retains interest and diversity throughout. Songs such as Fir-Hammag Yioogh (High Net Worth Individuals) has real energy and passion to it, along with strong harmonies which confirm the trio as both fine musicians and masters of the tradition.

Kinnouil is an example of a gorgeous melody where inspiring arrangements and layered musical ideas ensure that the album is steeped in mystery and character. Such detail and intricacy throughout is to be commended.

Manannan’s Cloak: a continuation of the work of three musicians who delight audiences in their desire to share the wonders of the Isle of Man’s breathtaking musical history and culture.