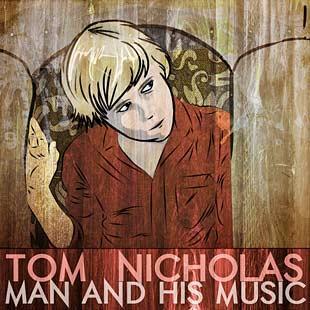 Tom Nicholas is a new young folk musician hailing from Crafthole in Cornwall.

Having played in local bands from a young age, in 2009 he started penning his own material and January 2011 saw the release of his debut EP Man and His Music.

Man and His Music is a wonderful introduction to an up and coming new talent and showcases Tom’s obvious skill in writing lyrics and tunes that are emotive and expressive.

All the songs on the EP draw significantly on the modern folk influences and, using the mandolin as his principal instrument, gives us an indication of what we can expect from Tom Nicholas in the future.

1. For No One In Particular
2. This Is The Life
3. In My Days
4. Napoleon And Josephine
5. Last Plane Out Of Shangri La