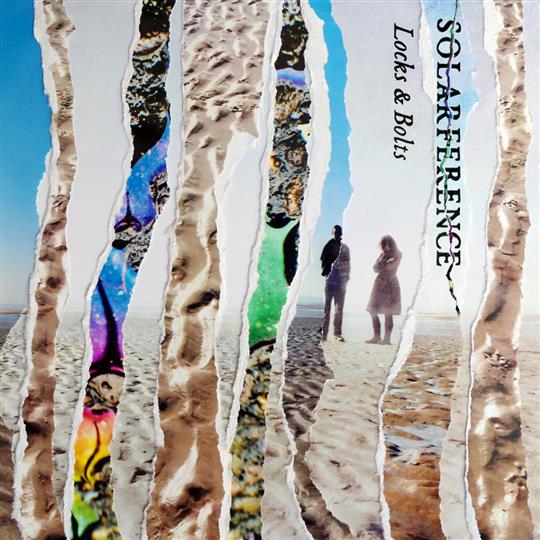 "It’s not really live music if there’s laptops on stage" - a not uncommon complaint from more conservative minded followers of folk, and other music.

Whether setting out to disprove that argument was the reason piano, guitar and computer duo Solarference decided to record their second album live is unclear. But in Locks & Bolts Sarah Owen and Nick Janaway have created something as enchanting as it is groundbreaking.

The album opens with expansive piano chords in a trip-hop rendering of I Wish That The Wars Were All Over, with over impressively non-cringeworthy folk beatboxing, the duo’s own voices providing much of the accompaniment throughout the album.

Lucy Wan features Owen’s vocals chopped up and processed to create dissonant arpeggios of hollow laughs against one of the more disconcertingly pretty tunes associated with those gruesome lyrics.

Meanwhile on One More Day, choice snippets are looped back on themselves to create a pulsing and ever shifting backdrop. The singing itself on that track and throughout the album makes use of subtle, rather than dramatic changes in tone and volume. For all that, both Owen and Janaway carry the melodies beautifully, and with impressive consistency of pitch and intonation for a live recording.

In addition, the album makes intelligent use of ’found sound’. On ’Twas Through Moorfields I Rambled, the samples of paper being torn intimate the madness of which the song’s narrator is accused. Meanwhile the day-dream like melody of Jute Mill Song floats above the insistent sound of a bicycle bell representing the unrelenting nature of production line work.

But amid these effects, samples and occasional tasteful synthesizer, the use of Janaway’s acoustic guitar and dulcimer helps maintain an organic feel, without simply feeling like a token “folky” adornment. This is in evidence with the surging guitar on Farewell He, and the tentative dulcimer used to create a sense of entreatment on Come To My Window (neatly followed by a tale of abandonment, The Complaining Maid).

The choice of both guitar and piano chords are often intriguing, but never obtuse. On She Rode On The Railroad, the piano moves round in concentric circles struggling to break free, much like the eponymous young woman, without quite reaching its harmonic home.

All in all, Locks & Bolts is highly listenable, because ultimately, the innovative electronics and immersive arrangements centre on the songs themselves. Truly English folk music for the 21st century.

1. I Wish that the Wars Were all Over
2. I’ll Make my Love a Garland / Sylvie
3. One More Day
4. Jute Mill Song
5. ’Twas Through Moorfields I Rambled
6. Farewell He
7. Lucy Wan
8. Come to my Window / The Complaining Maid
9. Dives and Lazarus
10. She Rode on the Railroad