The Outside Track - Light Up The Dark 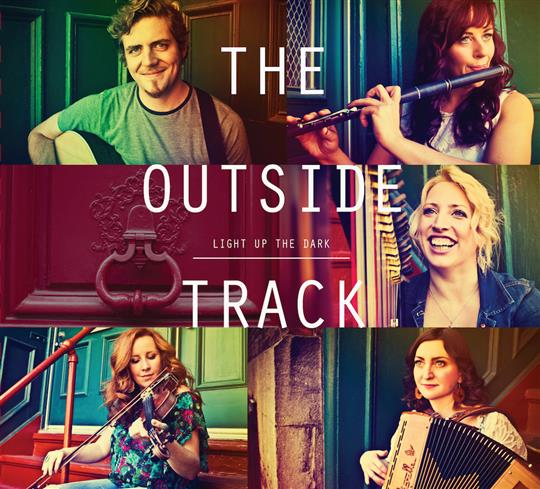 Harp, fiddle, accordion, guitar and flute come together to showcase some beautiful Celtic-infused songs and tunes on this album. There are many, many Celtic-influenced folk albums to choose from, of course, but what makes The Outside Track particularly interesting is that the band brings together musicians from Scotland, Ireland and Nova Scotia and so the Celtic influences run deep and wide.

This is the band’s fourth album. Teresa Hogan on lead vocals and flute is a new addition to the band and is joined by regulars Ailie Robertson (harp and backing vocals), Fiona Black (accordion) and Mairi Rankin (fiddle and backing vocals).

The tune-set, Drilling, opens the album. It pulls together three tunes evoking the band’s pan-Celtic musical heritage or, as they put it on the sleeve notes, “An Irish tune, a Cape Breton tune and a Scottish tune all walked into a bar...” On hearing this first track one may be forgiven for thinking this is going to be an album of frenetic jigs and reels. But the pace of the album changes markedly with the second track, Peter’s Dream, a song about the decline of the fishing industry on Canada’s east coast and the devastating impact on local fishing communities.

Get Me Through December, though, is the stand-out track on the album. The gorgeously melancholic harp-playing opens the song, to be joined by Hogan’s tender and reflective vocals and some lovely fiddle and accordion playing in this tale of love and loss. Coming in at over seven minutes in length, the album also contains a shorter “radio edit” version of the song at the end.

Lead vocalist Teresa Hogan has a beautifully-expressive, lilting Irish singing voice - even when she’s singing words like “fag in his mouth” and “bugger all” - lyrics that can be found on Do You Love An Apple? - a traditional song with a sardonic take on relationships and marriage that Hogan and Cillian O’Dalaigh have been singing and adapting over many years.

As the album draws to a close we get another lovely tune set, the wonderfully-titled Jiggery-Polka-ry, followed by Canadee-I-O, a beautifully-sung traditional song that tells the story of a feisty girl who deftly makes her way from ship’s stowaway to the captain’s wife.

The Outside Track bring something genuinely fascinating and unique to Celtic music, blending together the range of cultural influences from their respective membership. All of this helps ensure Light Up The Dark is a beautiful album from start to finish.

The Outside Track discography

Ailie Robertson The Outside Track 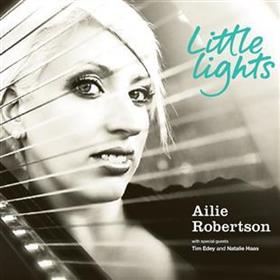