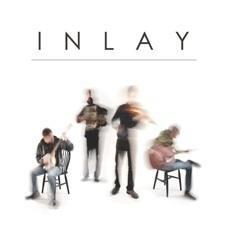 At first glance, you could be forgiven for mistaking Inlay for a typical traditional folk line-up. Reach a little further into their debut album, however, and it’s clear that this four-piece selection of strings, vocal harmonies and percussion is a recipe for something a little more unusual.

The band’s members met in 2010 while studying music at university, and these origins shine through in their experimentation with layering, tempo and structure. There’s an organic and improvised quality to this album, giving the feeling of something that is at once modern and as old as folk itself.

Listeners will be at home with the traditional styling of tracks like Maid on the Shore (after all, what would a folk album be without its fair maiden?), while other pieces, such as Lang Stayed Away, are more progressive and spacey, toying with the boundaries of pace and genre.

With a relaxed ambience reminiscent of a session at your local folk club, tunes are effortlessly looped together, stripped down and layered up. British traditional vibes are infused with an American country flavour, which is showcased in pieces such as No. 1 Cliff Road and The Rabbit/Flynn the Lurcher.

The upbeat drum rhythms introduced in She’s Got Me Dancing merge traditional fiddle melodies with a modern pop feel which, true to the tune’s title, is sure to get you dancing. Meanwhile, forward-thinking tracks such as Ramsey Sound take an almost molecular approach, breaking tunes right down to their vital elements before piecing them back together again before your very ears.

Inlay is a band with great potential, and with performances at Cambridge, Bromyard and Warwick folk festivals already under their belt, this certainly won’t be the last you’ll hear of them.