Mike Vass - In the Wake of Neil Gunn 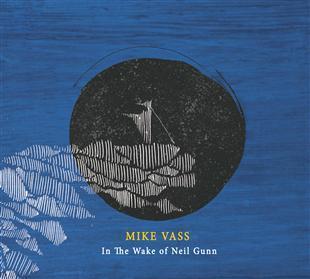 The Scottish writer Neil Gunn spent the summer of 1937 voyaging around the west coast of Scotland in search of inspiration. Musician and composer Mike Vass followed with In the Wake of Neil Gunn, and the result is a suite of music like a journey itself.

The album defies categorisation, drawing on folk and classical music styles and using a variety of instruments and sound effects, from a toy piano to the chimes of a clock tower.

A pleasant addition to the album is the oboe. Its distinctive tone soars above and often leads the music; at times it sounds like a call, at others like a warning.

Vass also uses "found sounds" (sounds gathered on the voyage) to create atmosphere. This is particularly effective in the tracks Sphere Music and Fused Dark, where the crackle of radio weather warnings intersperse the music. Other tracks use subtler sounds, such as the hum of the engine and the splash of waves against the hull.

The arrangements and mixing are superb. The overall impression is of the instruments as a whole, but their voices are distinct from each other - like the sea, the sound is both enormous and immediate.

The music varies in tone, but is unified by its maritime theme. Some tracks, like The Very Thing and Quiet Voices, are gentle and uplifting, while Cold Iron and Fused Dark are more turbulent and driving, reminding us of the dangers of sailing.

A standout track is The Lock Keeper - a prelude to the final track, it uses the rhythm of S.O.S. in Morse Code, first tapped out sparsely with the rushing sea in the background, then taken up by the oboe and strings in a haunting waltz.

In the Wake of Neil Gunn is a beautiful album worthy of repeated listening, full of nuances and invention. It transports the listener to the sea and coast of the Western Isles, evoking Neil Gunn’s journey and creating a definite voice of its own.