Long Lankin - In The Moss 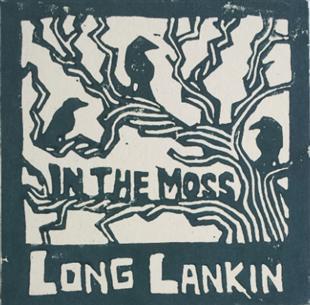 Long Lankin’s debut In The Moss exhibits wonderful vocals and intricate instrumentation. It is a finespun collection of mostly traditional songs and tunes.

The fragrantly delicate Long Lankin open the album with Long Lankin - a traditional track which deals with infanticide and murder. The vast majority of this release is based on traditional tunes and song, and as always the more melancholy the tale the more enjoyable the song. The gentle tune and beautiful voice weave a tale of loss and betrayal. However the strong harmonies which work so beautifully together when in a major key do sound discordant when they move into more minor and irregular chordal patterns.

However, this is something which is only discernible occasionally. On other numbers the vocal parts are the main strength of the tune. For example the ladies sound wonderfully dialectal in Band of Shearers, in which their harmonies are enjoyable. The rolling tune and steady beat are foot-stomping, and the regular beat does emphasise the practical use of this song in days gone by.

The Lonesome Sea Ballad is an a capella track, complete with clamping: it is reminiscent of Americana ballads. Generally this format of unaccompanied voice does suit their clear vocals - but once again their crisp harmonies are slightly jarring when they deviate from regular chord patterns.

This American-infused sound is not the only track on which they tip their hats to our cousins on the other side of the pond. Git Along Little Dogies is another such track. It is also the only non-traditional track on the album, as it was learnt from a singer from Wyoming. It seems like the weakest track on the album, not quite as steeped in history and folk lore as the rest.

The Lonesome Sea Ballad is followed by some more nautical fun in the Boatman’s Dance - some very sprightly fiddle playing which lilts delicately further emphasising that this is not a group who can merely pride themselves on their wonderfully rich voices, but also truly accomplished instrumentalists. It encompasses three different tunes, and by the final fast lively tune, you will be sold.

Long Lankin are a set of ladies with wonderful voices, not ethereal but earthly and rich. The album is a real storm of an entrance onto the folk scene, but they may be underusing their strength in the instrumental department. The playing and transition of the Boatman’s dance is both accomplished and exciting, hinting at more to come.

In The Moss is a very strong debut for these young ladies - Long Lankin are definitely ones to watch and their set up of voices and instruments would make an interesting and attractive live experience.

Released May 2013 by Tarnished Folk