True Gents - In The Dark, We Set Sail 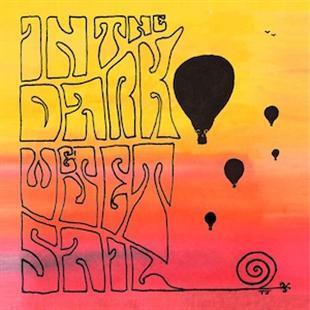 It was back in 2008 that the True Gents started work on In The Dark, We Set Sail. A few years down the line and it’s finally time for the unveiling of the impressive 17 track album. Recorded in various houses and pubs around Perthshire, the album celebrates freedom from the restraints of recording studios. Consequently it is an album that captures the natural flow of creativity of eight skilled musicians in much more relaxed settings.

The True Gents - Toby Jeffery, Euan Nicol, Stevie Bairstow, Ian Scobie, Richard Minto, Gordy Duncan, Dave Macfarlane and Ross Ainslie - are clearly a multi-talented bunch, performing flawlessly on a range of instruments from border pipes to fiddles and almost everything in between.

But don’t be fooled, it will take a lot more than a mandolin and a guitar or two to confine this band to folk and folk alone. In The Dark, We Set Sail is an exploration of modern musical genres (indie, rock, and pop) fused seamlessly with traditional Scottish influences. It is without a doubt a recipe for something unique and the result is certainly captivating. We’re even treated to a spot of psychadelia in Interpol, which really does add to the excitement and energy of the album.

The abundance of musical genres has been moulded around the band’s desire to balance both traditional and modern sounds, something they do with great care and precision so that neither hinders our appreciation of the other. Honeycomb Heart is a perfect example of an indie-influenced track where the delicate tune on the whistle both complements and contrasts the driving beats and memorable riffs. It certainly gives an original feel to the album and the effect is superb.

The use of real sound effects is equally innovative with chirping birds (Graveyard) and swirling oceans (Blackbeard’s Ghost) adding a theatrical element to the album. This demonstrates that the band also know how to put on a good show and engage with their listeners.

The album is easy to listen to but with an impressive number of tracks, each one demonstrating original and often unpredictable arrangements. The contrast between the gentle weaving of only a few instruments and the more lively tracks with everybody playing, carries the album along and with the numerous layers of patterns and harmonies, there are new discoveries to be made with each listen.

With intelligent lyrics and an eagerness to share songs with depth and interest, the True Gents sail the high seas to bring us animated shanties such as Blackbeard’s Ghost where the dramatic chords on the accordion are an ominous means of introducing what is, in fact, an up-tempo song. Intermittent pirate-esque shouts from the band are both enthusiastic and entertaining.

The True Gents, while masters of toe-tapping tunes and wild stories, are equally strong at sparking emotion of a more delicate nature. Let’s Have a Drink certainly stands out with its gentle pace and the intertwining of powerful vocal harmonies towards the end of the track really grabbing the attention of the listener.

In The Dark, We Set Sail is an album filled with imagination and character, but perhaps hold greater appeal for the more adventurous amongst us. Nevertheless, there is something on the album for everybody and as a true labour of love it is sure to win over listeners and audiences far and wide.