The Owl Service - His Pride. No Spear. No Friend. 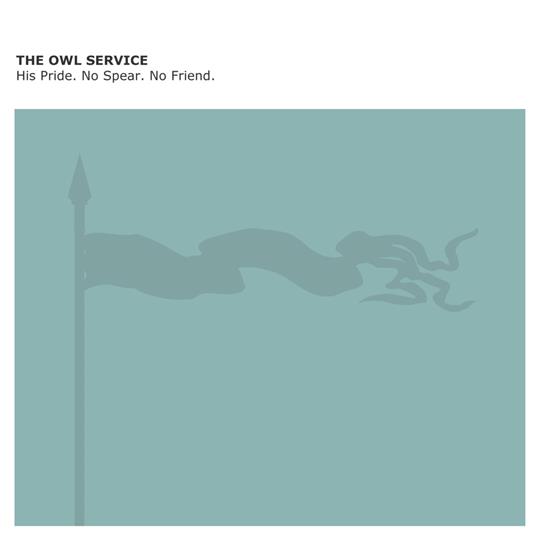 Full of seething cymbals and hypnotic electric guitar, His Pride. No Spear. No Friend. opens like a rock album - then the noise drops down and a high, pure voice begins to sing: "Oh, I am come to the low country / Ochon, Ochon, Ochrie".

This isn’t the kind of folk-rock where fiddles and mandolins mix with electric guitars and drum kits. Rather, it’s an album of folk played on rock and electric instruments - and it works very well.

The songs are mostly ballads, with a few newer songs written in the traditional style. Opener The Widow’s Lament, learned from the film The Wicker Man, is an appropriately chilling piece. The familiar melody delivered in an ethereal singing voice and accompanied by long, ringing backing sounds is more than a little eerie. It’s a contrast that features throughout the album.

Moving so far away from acoustic folk conventions gives the band a lot of freedom to experiment with sound and feel. On the minimalist end is the well-known Geordie - just vocals and single, rippling keyboard notes - while Sea Song, which directly follows it, is built on heavy drums and scorching guitar solos.

Hugh of Lincoln, meanwhile, plays with effects to the extent of applying echo to the vocals all the way through, giving the impression of a song bouncing endlessly between mountains.

The singing is shared between Diana Collier, Jo Lepine and Nancy Wallace. While different in style, their voices are generally light and clear. Listening, there’s a tendency to be skeptical of how this works against the backdrop of harsh, noisy instrumentation, but in fact it’s a good fit; the mixing is exemplary and the instruments fall back just the right amount to give space to the vocals without losing the feel.

His Pride. No Spear. No Friend. is an exemplary, richly textured album of traditional ballads and unconventional sounds.