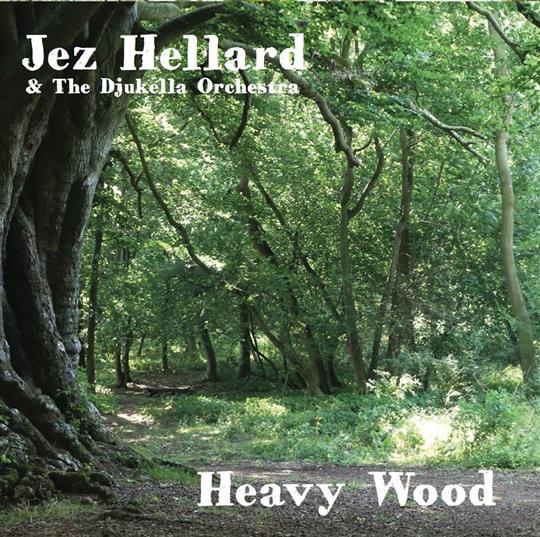 Let,s make it clear from the start. Anyone expecting to find the meaning of ’djukella’ within the next few paragraphs, anyone seeking a moment of enlightenment or clarification - you’re going to be vaguely disappointed. It sounds like the sort of word Frank Muir might wax lyrically over for those old enough to remember Call My Bluff, yet apparently it’s Croatian for ’mongrel’, and often used as an insult. A fine detail which could possibly come in handy in a pub quiz, but actually, a decent description of the way Jez Hellard works. Plus there’s a dog pictured with the band on the inner sleeve.

And Hellard himself is so well travelled and his music collected from so many sources, whilst he himself has collaborated with so many other songwriters, that the djukella label starts to take on more meaning. In fact, rather than regurgitate all the vast detail of who, what, when, where and why, just take pleasure in reading through the hugely informative and entertaining CD booklet. Suffice to say, the tunes and songs and indeed his list of bandmates fit perfectly, in the politest possible sense, into the djukella category.

The Lord Giveth (And The Landlord Taketh Away) is a sort of scene setter and tongue-in-cheek opener which demonstrates what to expect from the next dozen pieces. A collection which epitomises the word ’variety’ - in lyrical content from political commentary to historically referenced pieces and the current refugee crisis.

Of the traditional material, the band tackle She Moves Through The Fair and Bonny Bunch Of Roses - if you’re going to take on a traditional song you may as well go for a biggie. The latter, as pointed out in the sleevenotes, leads effortlessly into Jock Broon’s 70th; a tremendous tour de force of the sort of session type jam that you could listen to the band working on for hours.

By contrast, the album closes with a more stately run through Wheel Of Fortune, dutifully and respectfully acknowledging the late great John Renbourn in his performance. Gold star too for Scott Cook’s Pass It Along which Hellard talks of as one of the finest pieces of songwriting in years and he gives it a fair polish; a passionate delivery largely accompanied on his own strident guitar.

The band also get to let loose, blasting through several tune sets where James Patrick Gavin gets a chance to shine brightly with some finger melting fiddling - it’s the folk equivalent of what heavy metallers wouldcall shredding. It confirms the fact that Heavy Wood is a real compendium, with a whole heap of fine folk music to admire and delve into. Maybe it’s time djukella changes its meaning and becomes synonymous with being less hybrid or mongrel and more of a cutting edge and innovative fusion.

1. The Lord Giveth (And The Landlord Taketh Away)
2. A Taoist Tale / McLeod’s Farewell
3. By Weary Well
4. We Have The Time
5. Waltz Caramelo
6. Bonny Bunch Of Roses / Jock Brown’s 70th
7. Borders
8. The Water Song (Wears Away The Stone)
9. Humours Of Ballyloughlin / Cliffs Of Moher / Farewell To Erin
10. She Moved Through The Fair
11. Pass It Along
12. Not Safe With A Razor / Wing Commander Donald Mackenzies / Highlander’s Farewell
13. Wheel Of Fortune