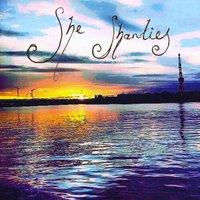 She Shanties’ first full length album is a carefully curated sea shanty collection. Keeping production at a minimum, the She Shanties sing without accompaniment in the traditional call and response format.

To say that the She Shanties stand out as an all female shanty group is to state the obvious, but their northern accents also stand out in a genre dominated by a certain Cornish shanty group. Comparison with Port Isaac’s Fisherman’s Friends is inevitable; the She Shanties, singing accompanied, have an unembellished and clean sound. Their less dramatic approach lets the lyrics stand center stage and their subjects feel accessible. The songs are nurtured and emotionally loaded.

Not that this should suggest that the Sea Shanties sing without imagination. One More Day is performed and stylized with enough theatrics to make it interesting without becoming too much. Songs such as One More Day and Hog-Eye Man maintain that industourous work song rhythm at the core of so many sea shanties. If those are the work hard songs, Whisky Johnny and Wait for the Day, namely payday, are the play hard songs.

Tracks such as Shenandoah, Sugar in the Hold, and Bully in the Alley, are descriptive of a sailor’s life and dreams. Finally there are a few jokers, The Light from the Lighthouse, has an obvious nautical theme, but musically and thematically - being lost and guided home by the light - it has the distinct characteristics of its gospel source material. Conversely, Noah’s Ark has no gospel message and instead provides the origin story of the dog’s wet nose.

She Shanties deserve some special recognition for their sleeve notes which are informative while perfectly efficient. In this sense the sleeve notes exemplify Futtock Shrouds: pleasant, without pretense and true to the source material.