Dervish - From Stage To Stage 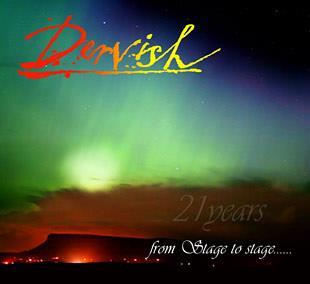 From Stage to Stage is a new live album from well-established Irish group ’Dervish’, with tracks recorded at two major festivals: ’Sligo Live’ in Ireland in 2006 and the 2009 ’Sebastapol Celtic Festival’ in California. The release celebrates the band’s 21st anniversary and the CD is packaged with a DVD featuring a live Dublin concert at RTE studios.

The album features tracks from throughout Dervish’s long career and fans will not be disappointed. The lively feel of a gig is certainly present and the infectious enthusiasm of the band for the music comes through well. Dervish are a top class group and the songs are all very well crafted and polished, led by Cathy Jordan’s fine voice.

As a live album, ’Stage to Stage’ will particularly appeal to established fans and those who have seen Dervish play live. However, for a listener new to the band, the number of lengthy ’live’ verbal introductions before most of the songs could get frustrating, particularly on repeat listening and so this may not be the best starting point for getting into the musical world of Dervish.