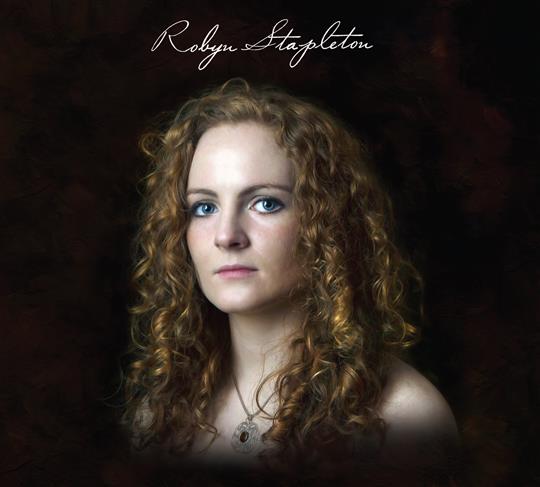 Since winning the title of BBC Radio Scotland’s Young Musician of the Year 2014, Robyn Stapleton has been a busy woman. Not only has she performed at many high profile events including the BBC Proms in the Park concert, she has also become an Ambassador of the Scots language and was a nominee for the Scots Singer of the Year 2014.

Stapleton has called her debut recording Fickle Fortune because, as she says in the booklet notes, many traditional songs contain stories of changing fortune and twists of fate. This theme runs through many of the Scottish and Irish songs she has chosen for this album.

A sudden change of fortune is certainly the theme of The Two Sisters, one of the central texts of the folk canon (if there is such a thing). Stapleton notes that this very dark story is set to a lively tune which, she says, makes for an interesting combination. Stapleton has a very clear, pure voice which is responsive to the text. This combined with excellent diction makes this version a pleasure to hear.

She is accompanied on The Two Sisters, and indeed on most of the album, by a quartet of young traditional musicians playing guitar, fiddle, accordion and piano. Their playing, although excellent, is never showy and serves as an ideal backdrop to Stapleton’s voice.

Although most of the songs on Fickle Fortune are by that prolific songwriter Anon, Stapleton has also included two pieces whose authors are known to us. The Shuttle Rins by Henry Syme was written in 1849 about the problems faced by hand loom weavers after the industrial revolution, whilst Helen Cruikshank’s Noran Water is about the joy a child can bring to a person and a community.

Besides singing in English and Scots, Stapleton also offers one song sung in Gaelic: Bruach Na Carraige Báine (The Edge of the White Rock). The song tells of a man’s unwavering love for a woman he cannot have. It’s a beautiful piece, sung with great feeling over a spare accompaniment of guitar and accordion.

Arguably the finest track on the album is MaCrimmon’s Lament. This Jacobite song, which laments the loss of a piper during the rebellion of 1745, is sung acapella. In a song such as this the voice has nowhere to hide and can be a real test of a singer’s ability. Stapledon doesn’t put a foot wrong, demonstrating remarkable breath control combined with a strong and pure voice. It’s a magical moment.

Fickle Fortune is very much a calling card album from Robyn Stapleton. The twelve songs offered here demonstrate not only her range but her commitment to the art of traditional singing. Anybody with even the slightest interest in Scottish and Irish traditional song should give this recording a spin.

Released by Laverock Records on the 1st June 2015.