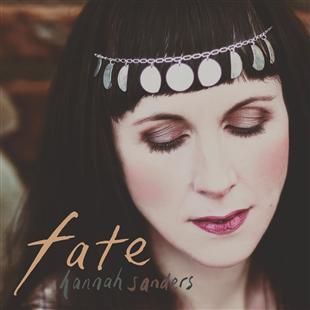 This three-track EP from Hannah Sanders provides a taster for her debut album which, following a successful crowdfunding campaign, is due for release early next year.

Hannah weaves together strong English and American musical influences to create new interpretations of her chosen material. For instance, in the opening song, I’ll Weave my Love a Garland, Ben Savage’s dobro playing provides a steely counterpoint to the romanticism of this traditional ballad.

The pace then picks up with Bob Dylan’s Seven Curses, here given a relentless, driving urgency that perfectly suits the race-against-time nature of the storytelling.

The EP rounds off with American Civil War lament, Hard Times, a song seemingly as mournfully relevant as ever. While the first two songs are clearly heavily Americana-influenced, Hard Times is presented quite simply and traditionally.

Restrained lap dulcimer and guitar accompaniments throughout underpin Hannah’s clear, cool, soprano voice. It’s clear how much Hannah values the storytelling aspect of each song, and to that end she ensures that the instrumentation never seems intrusive or overwhelming.

On this showing, Hannah’s forthcoming album, Charms Against Sorrow, promises to be an intriguing and enticing marriage of English and American musical traditions, sensitively interpreted and arranged.