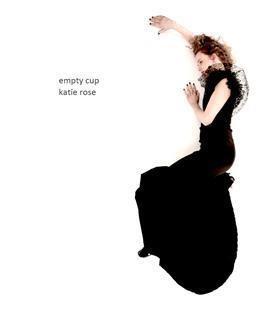 With the very first track opening to the sound of gunfire, Empty Cup is an album which literally explodes into your ear-range. As each musical offering held within it unfolds, however, it becomes clear that overall, this is about something infinitely more peaceful.

This release from Katie Rose features a range of traditional songs fitted against simple, contemporary rhythms, to form a style described by Katie herself as ’folk-mantra.’ In a somewhat minimalist fashion, many pieces are slowed down and stripped back to their bare bones.

Interestingly, Katie also aims to relocate songs geographically from their original settings. Many of them, such as Molly Bawn, are placed against an urban South London backdrop, which adds to the contemporary edge of the album as a whole.

Water is another major theme which is carried right through the album, with one track even bearing the name Water is Wide. Indeed, the album was released on World Water Day (21st March), and Katie has previously been involved with organising a concert to raise funds for Sing for Water, a project supporting WaterAid.

Continuing on the theme of water, both Requiem and Epilogue feature sounds of the sea, with vocals floating in as if across the waves. Some sampling of birdsong also features in Brigg Fair, and these tones of nature add to the relaxed feel of the album.

Set against these elements of the natural and the traditional, there is a constant reminder of the contemporary in the form of the synthesisers which make up a good deal of the instrumental backing. Modern touches are added throughout, such as the driving rhythms which are added to the old favourite, Maid on the Shore, and the jazzy new treatment which is given to Red Red Rose.

Overall, Empty Cup shines new light on traditional offerings, in a style which will appeal particularly to fans of the likes of ?ate Bush or Enya. With its relaxed and meditative feel, this is an album which will leave you feeling that the glass is in fact half full.