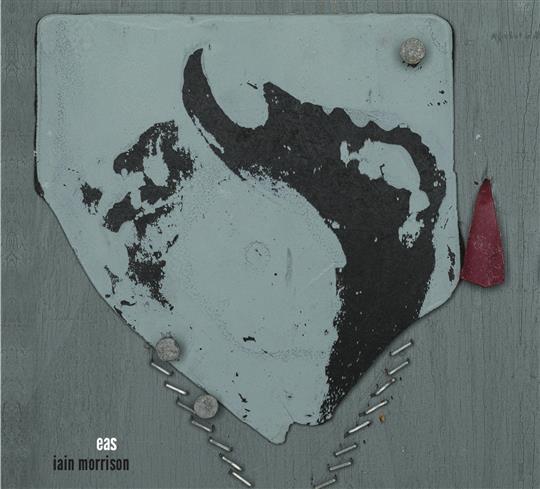 Eas gives the impression of being a very important album on a personal level for Iain Morrison. A native of the Isle of Lewis, Morrison had the unenviable task of following in the footsteps of his father, local piping legend Iain Morrison Sr. Instead, his career has followed a different path into indie rock. With Eas, Morrison returns to his roots in an album heavily influenced by the folk traditions of his homeland.

The scene is set by the atmospheric Siubhal(47). Siubhal is the Gaelic word for travel, and this track represents the journey homewards to the Isle of Lewis. Morrison is never in a rush, and this, combined with intriguing, unusual harmonies, is a theme continued throughout the album.

Morrison’s indie rock past shows through clearly in places, particularly on A Flame of Wrath for Patrick Caogach, which despite its piped instrumental section is far more reminiscent of that genre than traditional folk music.

The opposite is true on other tracks, however. With excellent acoustic guitar, tender fiddle accompaniment and a gorgeous vocal duet with Lori Watson, The Little Spree has undeniable folk credentials. Similarly, the final track, You’re My Letting Go, is brilliant - melancholy yet anthemic, it captures the folk ideals perfectly.

Crackle is perhaps the weak point of the album. It begins with a ninety second spoken word segment by Allan MacDonald in the Gaelic language, accompanied by distant pipes. Although MacDonald’s voice is sonorous and clear, this passage is somewhat alienating to non-Gaelic speakers.

By contrast, To the Sea is the first and perhaps only point on the album where the fusion of styles is truly successful. The folk instrumentation and rhythms lend the track an infectious dance-like feel, while a rock-inspired vocal and sing-along chorus are added to produce a very enjoyable melding of the two genres.

Two songs on the album, Too Long in this Condition and R. Morar, feature Morrison Sr. performing canntaireachd, a technique for making the voice sound like the pipes for which he was famous. The first of these is a particularly hard listen, featuring only this and the coaching words of another legendary Lewis piper, Donald MacLeod.

Eas is a brave attempt to join Morrison’s two very different areas of influence. While he is very skilled in both fields, the collision of styles, with the odd exception, feels distinctly uncomfortable at times.