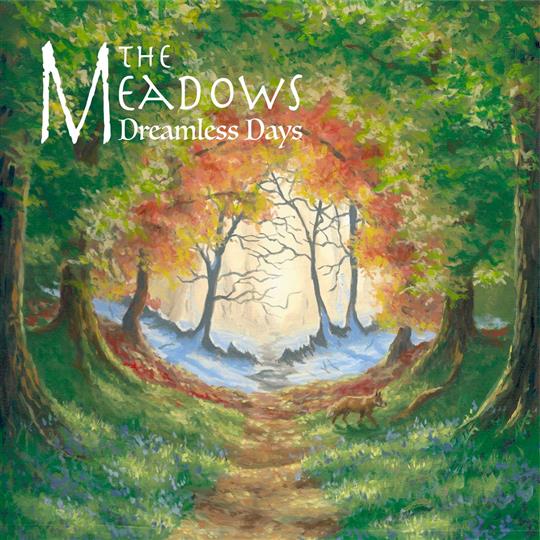 Having greatly impressed with their 2019 debut album Force Of The Tide, the Celtic-Crossover Welsh siblings quartet The Meadows (pianist and lead vocalist Titania, flautist Melody, with Fantasia also on piano and sharing the violin parts with guitarist Harvey) return to take things to the next level with this sophomore outing, recorded during lockdown in their Carmarthenshire home studio. While again drawing on traditional influences and classical training, this time they’ve ventured wholly into the realm of original material, drawing inspiration from nature, history and mythology.

They open with Titania’s Lullaby, her vocals and stately piano accompanied by soaring violin creating a rich pastoral and courtly feel as she sings (to a child) of sleep putting to rest the cares of the day with the promise of running down to the beach tomorrow. We stay in bed for Fantasia’s Elusive Dreams, her siblings providing wordless choral backing behind Titania’s vocals and steady piano pulse. Although here it’s more imbued with anxiety and restlessness with the “fragments of memory” and the line “you don’t let go of my hand/And I won’t let go” perhaps hinting at a theme of Alzheimer’s.

Fantasia and Titania share credits for Merlin’s Oak, Harvey on bodhran for a lively violin-led rhythm-circling number which, after a lengthy intro, delves into Welsh mythology with the title relating to an old oak supposedly linked to Merlin (in Welsh Carmarthen - or Caerfyrddin - means ’Merlin’s Fort’) and the belief that when it “shall tumble down, then shall fall Carmarthen town".

The lyrics also make mention of the Bwbach, a mischievous Welsh household goblin, the folklore of the lady of the lake, Branwen, from the second part of the Mabinogi, and her giant brother Brân the Blessed, Gwenllian, (a 12th century Welsh answer to Boudica) and also a black dog with red eyes (the gwyllgi) that appears as a portent of death. All with a crowd friendly chorus.

It’s followed by the first of two instrumentals, the first being Fantasia’s Castell Dryslwyn, a sprightly fiddle, flute and bodhran tune celebrating Dryslwyn Castle sited halfway between Llandeilo and Carmarthen. The other, adopting the same instrumentation, is the more tranquil Celtic feel of the band-composed Gelli Aur (or Golden Grove), a sprawling 60 acre country park.

Returning to the songs, opening with Melody’s flute and anchored by piano, The Dried White Rose channels a medieval-ballad like melody in a tale of faithless love, leading to the sparse piano tinkles of Titania’s title track which, on flute and violin clouds, returns us to the album’s core imagery, as she sings about how “thoughts and dreams can help you through/A sad and lonely time”, while giving in to lethargy “can make you trapped in these ways”, specifically referring to how music has been her salvation.

Finding light in the darkness is also the theme of Fantasia’s equally meditative piano-based There’s You, a song about finding love and trust again after being “bent and bruised” by “words that were never true”, finally finding her “dreams come true”.

And it’s back to dreams for the penultimate two numbers, Dream You Into Life, a primarily piano-based arrangement of a song about finding your soulmate written for them by Steve Balsamo, and Fantasia’s Spin Me A Dream (one of several that evoke thoughts of Sally Oldfield’s ethereal folk), a song of rebirth (winter giving way to spring) with its lengthy haunting Welsh twilight twin violin mid-section.

It ends, then, both evoking the title of their debut and returning to the sand and shore of the opening number, with Fantasia’s final contribution, The Tide, the shortest track as flute and violin soar over the piano as the vocals remind how the “sea is a perilous friend/It takes and it gives/What you can’t decide”, declaring “you can’t stop the force of the tide” and using the imagery as a metaphor for embracing life to “run wild and free” even if you cannot tame it.

Weaving their ancient heritage and classical training into an enchanting, quietly atmospheric and at times ethereal musical web that perhaps warrants describing them as a Welsh Clanaad, this is a heady, intoxicating and magical album. Listen deep, and oh what dreams may come.

Released on CD and digitally on Pokey Cupboard Records September 24 2021. Arranged and produced by The Meadows. Dream You Into Life produced by Tim Hamill and Steve Balsamo.