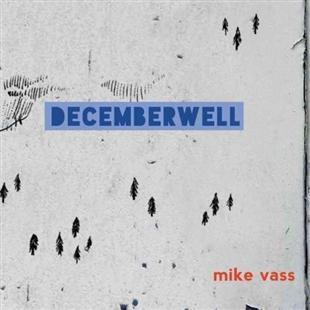 Decemberwell is a solo album from Scotland’s Mike Vass, formerly part of Malinky, the Scots Trad Music Award band of the year 2010.

The opening Wintro features a novel guitar tuning (DECEBE) which although a little experimental works well. The excellent Pane is given an extra touch of atmosphere from the sounds of hailstones rattling on the window of Vass’ home studio during recording, while the remarkable Hallan is a meditative and rather spiritual chant inspired by a solstice celebration on the island of South Uist.

This is very much a solo album in the truest sense, with the vocals matched to Vass’ fiddle work and a wide range of his instrumentals and sampling. The songs and tunes are all based around the theme of the month of December and the feel of a bleak Scottish winter comes across clearly.

This harsh and wintry tone is relieved at intervals by tracks that celebrate midwinter festivals and evoke cosy firelight and good company. In essence, Decemberwell is a concept album focused on these dual aspects of the last month of the year.