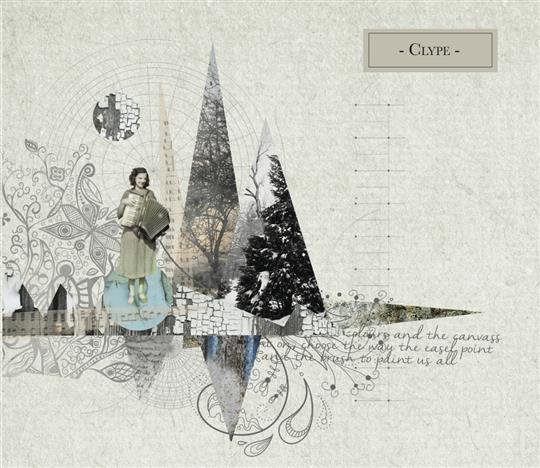 Clype - a Scottish word for a snitch or telltale - is a two-man experiment in stripped back fused sounds from around the world, from the home grown traditions of North-Eastern Scotland to Latin American rhythms and North American jazz harmonics.

The players, Salsa Celtica’s pianist and singer/songwriter Simon Gall and fiddler Jonny Hardie from Old Blind Dogs, combine their diverse experience and influences to create music that has earned prestigious support before being committed to record, with legendary performer Richard Thompson among its fans.

Their self-titled and self-produced debut album opens with the thought-provoking The Brush to Paint Us All. With music inspired by Scottish folk and the harmonic ideas of jazz pianist/composer Bill Evans, bolted on to lyrics suggested by the work of intellectual literary theorist Edward Said, it sets the tone with an exploration of the perception and inaccurate portrayal of others as cultural stereotypes.

The duo’s fascination with Latin rhythms gives Down With May a happy, upbeat tempo that shifts between time signatures while it recalls the traditions of Colombia’s Pacific coast. An overlaid Scottish folk-influenced fiddle melody keeps a connection to home as Simon sings of a decidedly downbeat ice queen ’wiper of smiles’.

Reflective song Red Tide is the first of two that feature shared vocals from its co-writer Jenny Sturgeon, who returns the favour after Jonny supplied fiddle on her recent Source to Sea EP. Later, she appears on her own song Fair Drawin’ In to the accompaniment of a repetitive piano and the drone of a shruti box.

The album’s centrepiece is perhaps Clype’s interpretation of nineteenth-century French socialist anthem The Internationale, a lyrically-revised version of which was featured on Billy Bragg’s 1990 album of the same title. Clype choose to sing the traditional English translation over a suitably sombre piano and fiddle.

After a bouncy piano introduction reminiscent of Dave Brubeck, Now My Home makes effective use of prolific piper Ross Ainslie’s low whistle, which complements the melody then rises in a solo before returning control to the piano. The collection ends on a note as sobering as its opening, with Double Trouble looking back at the trauma and devastation of the Second World War.

Clype has produced an album containing an inventive combination of ideas and influences, fresh melodies and stimulating lyrical depth that while inspired by diverse sounds, stay rooted firmly in Scottish traditions. With its eight songs clocking in at just 29 minutes, Clype is a brief but nonetheless interesting and worthy introduction to the duo’s musical research.

Released on 24th July 2015 on Other Music Records