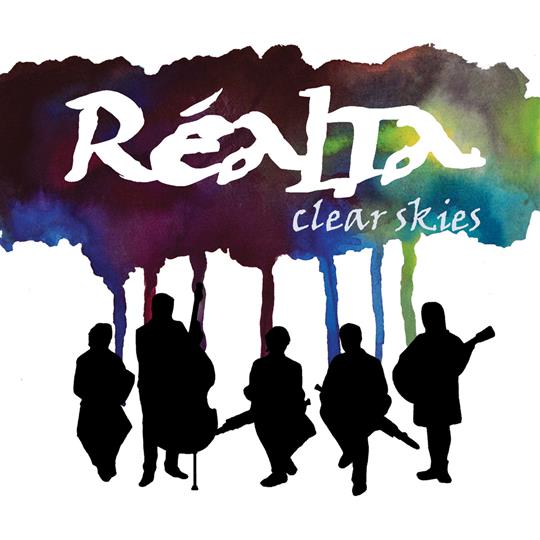 Belfast-based Réalta established themselves four years ago with their debut album, Open the Door for Three, and have since built a reputation as one of the foremost acts on the Ulster folk scene, at a time when Northern Irish folk musicians are really starting to rival their more famous southern counterparts. There is therefore a great deal of excitement surrounding the release of their new album, Clear Skies, and it does not disappoint.

Despite the distinct flavour of Ulster that runs throughout this album, there are influences from all over the world, and indeed the band begin with a tune set from Asturias in northern Spain. The band’s melodies are carried by the highly skilled Conor Lamb and Aaron O’Hagan, who play a wide variety of pipes and whistles to great effect. This track also highlights the fantastic accompanying guitar playing of Deirdre Galway.

There are several excellent tune sets on this album, all with the same intoxicating mix of lively, intelligent accompaniment and stunning, virtuosic playing from the melody instruments, with the finale - a barn dance from County Clare combined with a reel from County Leitrim - perhaps the best of all.

However, the band is equally at home when they are singing. Vocals are provided by mandolin player Dermot Mulholland, who sings in an emotive, husky baritone, and Galway’s lilting alto. They seem just as comfortable whether in English - The Longford Weaver and Kellswaterside are two of the album’s best tracks - or in Gaelic, for songs like the evocative Máire Iní Mhic Ailpín.

Overall Clear Skies combines superb playing with infectious energy and great musicianship to create a really excellent album, and there is hopefully much more to come from this group. 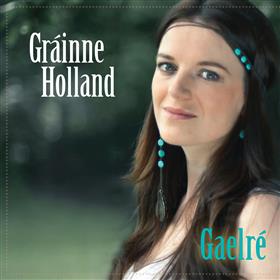