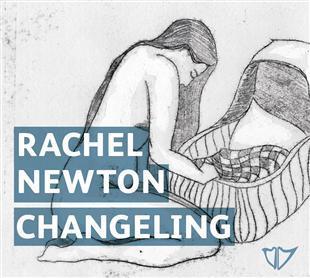 Rachel Newton has a taste for the traditional Gaelic, both in language and its tales, as the title of her album Changeling suggests. Her folk background is quite extensive with involvement in the Emily Portman Trio, The Shee and The Furrow Collective.

Rachel has a very soft and gentle singing voice, well suited to the Gaelic sound that veils the album and this, combined with her harp skills, really paints great mental images in each song. This second solo album shows Rachel really establishing her style of music and strengthening it for the enjoyment and captivation of her listeners.

Her songs are all quite simple in design, delicate music with a soft voice to match, very much making Changeling an album to unwind with after a stressful day. Saying that, you also get tunes such as The Changeling Reel which are slightly faster paced instrumentals.

There is one unusual track that fits with the Gaelic legends theme of the album, but musically sounds quite different. The Fairy Man has an entirely different sound to the other songs and feature some fresh male vocals.

When I’m Gone is a particularly slow and soothing song despite the slightly unsettling repeat of “why don’t you know me” (that’s all it says in the booklet too, just the one line). Even so, the calming influence of Rachel is ten times better than any breathing exercises or yoga classes you can take. The combination of her voice with the harp makes for an idyllic experience.