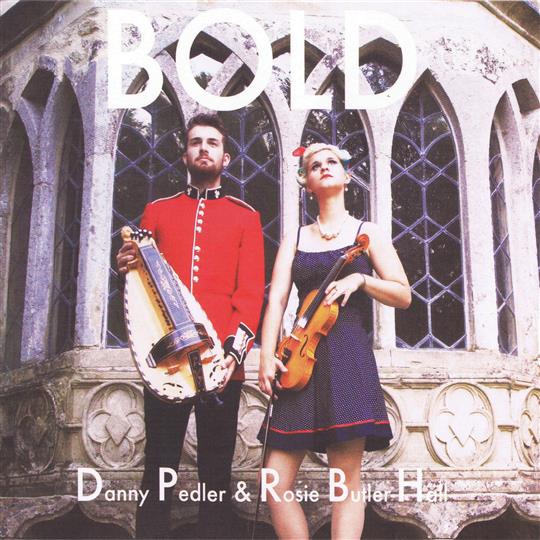 London-based duo Danny Pedler and Rosie Butler Hall have chosen to announce themselves on the folk scene with this six-track EP, Bold, and a fine announcement it is too.

Opening with a brilliantly joyous version of The Bold Archer, the record fizzes with excitement and energy throughout. The classic mix of fiddle and accordion, with occasional hurdy-gurdy, works as well as ever, and these two are particularly tight and effective.

They reach another level when Rosie Butler Hall adds her clear, beautiful vocal line, but their instrumentals are very good too - Smith’s New Runt / Le Belle Jean being probably the best example of this.

The highlight of the album, however, is a wonderful version of Bold Riley, on which Danny Pedler’s vocals are also heard. The two voices blend superbly and complement each other perfectly.

The duo describe Bold as a “taster album”, and if that’s the case let’s hope there isn’t long to wait to taste the main course.