Coreen Scott - Beyond the Sea 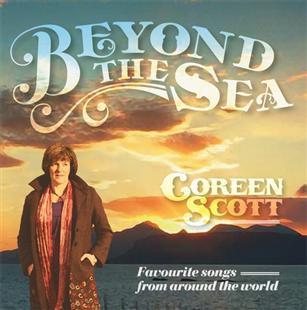 Beyond the Sea is an album of songs from Scottish wedding singer Coreen Scott. On this her second album release she is joined by a large cast of supporting musicians. The songs are interpretations and covers of popular music in a mix of languages, namely English, French and Portuguese, and some folk numbers. The material covers a broad and eclectic range but as a result lacks perhaps a little cohesion as an album, being more a collection of good but separate songs.

La Mer is a beautifully breezy version, transporting the listener to a stylish French seaside getaway. Several more French songs are featured, while Portuguese songs such as Manha de Carnival are more emotional and again evocative.

The British folk tradition is visited in Briar and the Rose with more contemporary material in Bob Dylan’s To Make you Feel My Love and Songbird from Christine McVie, the latter being particularly well sung here. Throughout, the tone is light and positive, often bringing a smile to the listener’s face.

An entertaining album and great for a summer afternoon.