Pavlov’s Cat - At The Races 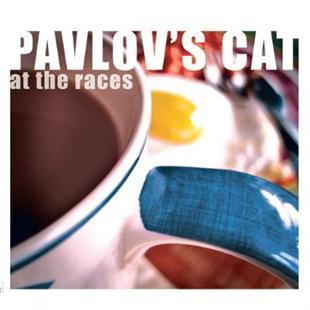 Pavlov’s Cat are back after seven years. James Hibbins is the driving force with his songwriting, singing and acoustic guitar, supported by Bernard Hoskin and David Booth.

Clearly not conditioned to produce a regular fix of new music on an annual basis, Pavlov’s Cat have created an eclectic and at times surprising mix of traditional folk songs with a twist, and original compositions. Many of the folk songs have newly-penned tunes and lyrics, making them as good as new. They are offset by Hibbins’ own compositions in the acoustic singer-songwriter genre that stretches back to musicians such as Jackson Browne.

Hibbins explains that ’The objective was to make an old-fashioned, honest album with a coherent feel and look, a sleeve with notes and lyrics’. At the Races achieves its objective. It is down-to-earth and authentic.

Hibbins’ voice is well-suited to familiar ballads such as Down by the Sally Gardens (renamed Rambling Boys) which opens the album. The song is subtly reimagined , with Sally as a woman not a place, and a new verse. Hibbins sings with a raw, uninhibited feel to his interpretation.

Death and the Maiden is one of the ’As I walked out one morn in May’ folk songs to which a new tune has been put. There is also a Child Ballad, Matthew Groves, where Hibbins is accompanied by Bernard Hoskin on bass, mandolin, and violin, and David Booth on harpsichord, drone ’and other noises’. In good folk tradition, there is a modernised version of Spencer the Rover, rambling away from his disillusionment with the world of politics and banking.

Moving on to the original compositions, You Won’t Know has a catchy sing-along chorus which Hibbins delivers with gusto and passion:
’You won’t know when the moment passes / You won’t know when it’s time to go / You won’t notice that they’re stacking the glasses / And the drunks have gone rolling home.’

An excellent example of Hibbins’ songwriting prowess is the love song come ghost story Old Dust and Patchouli, with its distinctive supporting guitar and strong lyrics that grow on the listener with repeated listening.

The album ends appropriately with a traditional Irish song collected in 1938, The Parting Glass, sung unaccompanied with powerful harmonies.

Pavlov’s Cat display their musical versatility with At the Races, moving with ease between modernised folk, acoustic pop, and unaccompanied harmonies. This makes them a little challenging to categorise genre-wise. Some listeners may find their music at times erring towards middle-of-the road. But they’re back in the fray which is good news for the folk world and beyond.