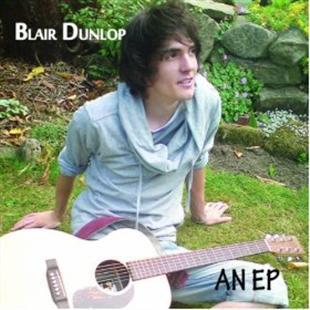 Famous parents can be a burden to some musicians, as the likes of Julian Lennon would no doubt testify. While things are usually a bit easier on this front in the folk world - with families such as Copper and Carthy generally held in high esteem -there’s still a certain expectation.

But there’s no need to feel sorry for good-looking, talented bright young thing (and son of Ashley Hutchings) Blair Dunlop. Evidently he thrives on pressure anyway, choosing Nic Jones’ signature Canadee-i-o to kick off his inauspiciously titled An EP. Dunlop’s loose, easy-sounding take on the song isn’t a patch on Jones’ version - what is? - but it’s a confident start nonetheless.

His own arrangement of Black is the Colour… is excellent; the sober song suits his emotive (but not over-emotive) voice well - the same could be said for his take on Damian Rice’s Older Chests. Final track The Road Beneath my Wheels - co-written by Blair’s dad - ends on a positive note, and recalls the EP’s opening song in its further musical nods to Nic Jones.

The direct production - straight-to-desk, no overdubs here, thank you very much - is refreshing and allows for an honest, airy sound, though it does make the EP sound somewhat ephemeral. All in all though, it does its job and whets the appetite for more from Blair. It’s easy to see how he earned his Horizon Award nomination for this year’s Radio 2 Folk Awards.

1. Canadee-i-o
2. Drifting
3. Black is the Colour of my True Love’s Hair
4. Morris Medley: Glorishears/Princess Royal
5. Older Chests
6. The Road Beneath my Wheels