Cathy Jordan - All The Way Home 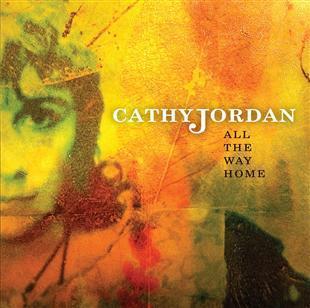 The Jordan Jig and The River Waltz are two wonderful tunes that any Irish folk fan will find themselves humming for a week or three. Both give the various instrumentalists (including the producer of the record Roger Tallroth on guitar, Liam Kelly on flute and others) a chance to showcase their talent while earworming you with a catchy tune.

The various traditional songs range from a long and complex ballad in Eileen McMahon to a fairly happy and bouncy number like Ould Ballymoe. Those who prefer happy bouncy songs, especially ones where a sailor lad gets played for a fool, will certainly be happy here but even if you’re not into that sort of thing it’s difficult to fault the treatment.

There’s only one infuriating thing about this album, and that’s the occasional minimalistic New Age-y tracks that have q beautiful tune, sung perfectly by Jordan and have arrangements which make the piece difficult to follow. It’s infuriating purely because there’s some fantastic singing, arranging, writing and playing everywhere else; the seeming lack of structure just won’t agree with those who prefer their music structured, making these tracks stand out and maybe not for the right reasons if it’s not to your taste.

That’s not to say that all of the tracks with minimal accompaniment, which let Cathy Jordan shine through, are guilty of this. In Curraghoe there is just Jordan with a mandolin accompaniment, which gives her great musical space with which to show off what she can do with it.
Jordan’s own songs are rather good as well. The first, The Road I Go, is a delicate touch about someone leaving home with the idea of family giving you the support needed. It’s one of those rare songs that stand up lyrically before any music gets near it.

The album finishes with a track about returning home, which has one of the cheapest emotional shots you’ll hear on an album for a while - but executed so perfectly it brings you to tears, making it impossible to get annoyed with it.

But that’s the point of this album - it’s built around the idea of returning home and the emotions that come with it. Those who like some minimalistic accompaniment to their Irish music as well as the more bouncy stuff will be right at home here.