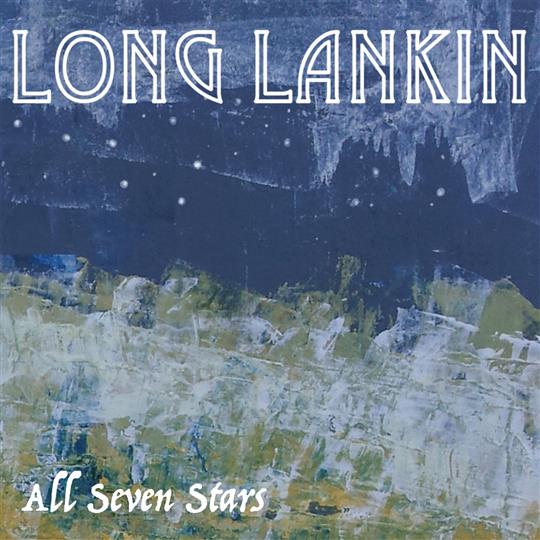 In its review of 2013’s In The Moss EP, Bright Young Folk earmarked Long Lankin as a band to watch. Three years later, the wisdom of this prophecy is evident in the band’s first full-length album, All Seven Stars. It continues the band’s distinctive arrangements of traditional songbook material, alongside a few pleasing original compositions. Strongly rooted in tradition, it’s contemporary and tight, without being too slick.

Bringing influences from Scotland, Ireland, Sweden and England to the musical choices and interpretations, the band’s musical core of concertina, keyboards, fiddle, whistle and guitar provides robust yet light structures to support the vocal harmonisations. The addition of Ray Moody’s drumming and Stephen Street’s double bass lends extra meatiness and solidity to the sound.

Many of the songs here are well-known and much-interpreted standards, imaginatively re-worked. When these succeed, such as the tight human beatboxing, staccato rhythms and clapping on the lively Bonnie Ship The Diamond, it’s a real joy.

Not every reinterpretation quite hits the mark, though: the band’s take on Here’s The Tender Coming sounding just a bit too cheery. While the group harmonies tend to stand up well, some of the solo vocals seem a little underpowered.

Instrumental sets explore other aspects of the band’s musicality. The Swedish Set is a particular delight, the instruments rolling and tumbling tightly around each other. Arthur’s Tunes, a two-tune set written by Tanya Jackson for her son, becomes quite stately in the second part, after the great fun of the first tune (and some warped, distant echoes of the mighty Wombles theme, perhaps).

The other original song compositions are also worthy additions to the album. Jackson’s fairytale chorus song Poacher has a light, dreamy quality and Marion Gray’s Royl Field Hill expertly explores a childhood location that holds the sad remains of a wartime plane crash.

If All Seven Stars is not quite Long Lankin’s masterpiece - not just yet - it will come. This is a band that’s maturing nicely and fulfilling lots of its early promise. See them live and keep them on the watch list.