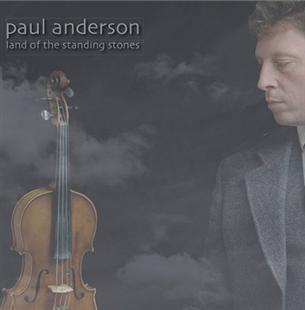 Malt whisky, shortbread and tartan, Rangers and Celtic; all synonymous with Scotland. And then there’s Paul Anderson, who may not be but surely should be. One of the nation’s most respected and recognized traditional musicians, yet not yet having the notoriety of becoming a household name.

Land Of The Standing Stones, the latest addition to his canon, is another fine instrumental-based collection which showcases Anderson’s trademark fiddle at the fore, apart from a couple of songs and tunes with have the addition of some subtle complementary instruments.

The material on the album has all been composed by Paul himself and at a whopping 70 minutes, it undoubtedly gives value for money. The music itself, though steeped in the traditional Scots fiddle genre, is also contemporary in style, particularly when he lets rip into a set of reels.

The inspiration for the music ranges from his locale and his sons (the twa nickums , or rascals, of one of the tunes) to civil wars, the rugged Scots landscape, and also sees the gorgeous Lament To Macbeth taking its own inspiration from the ’real’ King Macbeth rather than Shakespeare’s slightly more ferocious version. The ample liner notes also go some way to adding detail to the background behind the collection.

However, it’s not to say that it is a case of quantity over quality as there is so much to enjoy throughout the recording. With such a wide selection of tunes on show, it’s hard to take it all in from the first few listens, but standouts include the opening set of jigs and reels, Logie Coldstone/Brian Cruickshank’s Capers/The Twa Nickums/The Banks O’ Dee which really grab the attention and set a formidable pace.

It depends on taste of course, but the sets of jigs and reels which are dotted through the album (and just wait for the set of reels beginning with the Tarland Rant) are a foot tapper’s delight and a lively contrast with the slow airs and laments.

The short title track, written as a commission for Aberdeenshire Council (a gentle reminder that there are some local government offices who have their priorities sorted) being one of the best examples of the melancholy yet strangely uplifting and soothing powers of these mellower tunes.

An album which shows that both quantity and quality can be comfortable bedfellows and best enjoyed in front of a roaring fire, with a crystal tumbler of single malt and a plate of the finest shortbread you can muster. 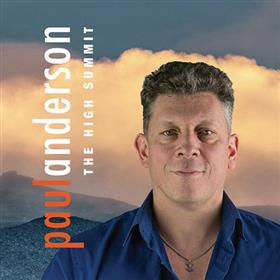