Loreena Mckennitt - The Wind That Shakes The Barley 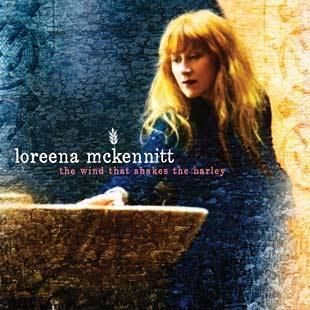 Canadian born Loreena McKennitt has been recording for nearly 20 years. For her 17th album, she returns to her musical first love and her ancestral roots with an album of traditional Celtic music. The songs she has chosen will be familiar to many people, even those who are not avid followers of folk music.

The instrumentation on the album is very full and rich. As well as singing, Loreena plays keyboards, harp and accordion. Guest musicians add extra depth of sound with guitar, bouzouki, strings, Uillean pipes, whistles and hurdy gurdy amongst others. Together they produce an intricate, almost orchestral sound. Well known classics like “Down By the Sally Gardens” and “The Parting Glass” are included as well as two instrumental tracks “Brian Boru’s March” and “Emigration Tunes”.

The music has very much a Celtic “easy listening” feel to it, with an ethereal sound similar to artists like Clannad and Anuna.

1. As I Roved Out
2. On a Bright May Morning
3. Brian Boru’s March
4. Down By the Sally Gardens
5. The Star of the County Down
6. The Wind that Shakes the Barley
7. The Death of Queen Jane
8. The Emigration Tunes
9. The Parting Glass