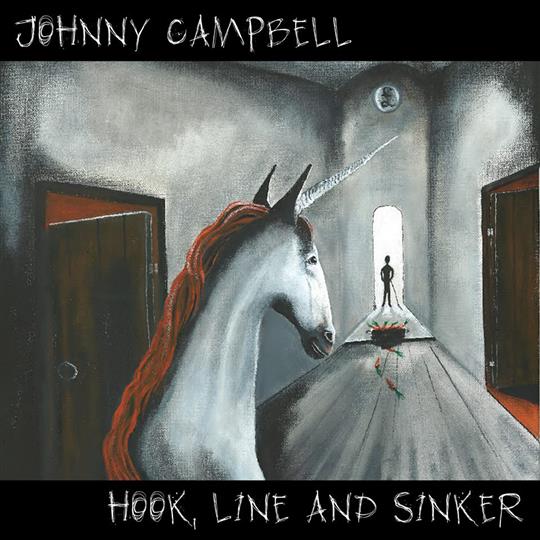 Johnny Campbell has developed a formidable folk CV over the last decade, working with such diverse acts as Shane MacGowan, Billy Bragg and Martin Carthy. Hook, Line and Sinker is his second attempt at a solo release, following The Robbie Burns EP in early 2014.

The majority of this album is made up of Campbell’s original compositions, which combine Scottish, Irish and Yorkshire influences in a uniquely energetic and enjoyable style. The opening number, Hills of Cleveland, is a perfect example: with a cheerful, singable melody, memorable lyrics and excellent violin work from Kieran O’Malley, it brilliantly captures the spirit of the Northern folk which inspires it.

O’Malley is the unsung hero of this album, which is littered with glittering fiddle contributions, but Campbell is perfectly capable of holding his own without him too. Johnny McGhee is a bawdy tale of drunken misdemeanours, a long-time folk song staple, sung unaccompanied in Campbell’s gruff, endearing vocal. The lively instrumental Blue Mountains is equally enjoyable, however, with more great playing from O’Malley.

The album’s strong point is its energy and enthusiasm, but Campbell has a softer side too, which he demonstrates on Complaint, a gorgeous ballad which also features harmony vocals from Rosie Eade, who appears again on Jock Stewart. Her floating, beautiful tones are the perfect complement to Campbell’s rowdy rasp.

There is something of an oddity in what Campbell calls a “skit”, entitled The Death of the Public House, which consists of a Margaret Thatcher speech followed by a distant jig, but Campbell is back on form with the title track, Hook, Line & Sinker, a lively ode to the evils of the capitalist society. He then draws to a close with a touching rendition of the only traditional song on the album, Jock Stewart.

Overall, Hook, Line and Sinker is a superbly enjoyable effort from one of folk’s brightest rising stars, embodying many of the finest traditions of the Northern and Celtic folk scenes. 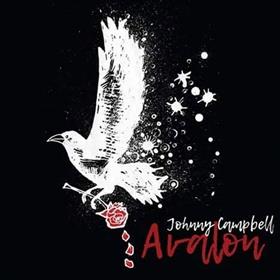