Posted by Christopher Friedenthal on 12 September 2008 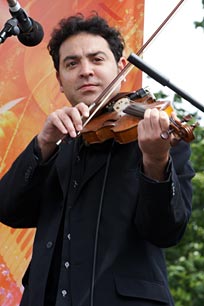 In the 3rd of our Bellowhead Matachin interviews we talk to Paul Sartin, fiddle player and blower of the oboe. Photos by Alan Cole of MusicFestivalPhotos.co.uk.

What do you bring to Bellowhead?
I’ve had, as I keep being reminded, a lot of classical music experience - orchestras and cathedral choirs - but I also spent most of my time at university in the Oxford pubs, listening to and playing traditional English and Irish material. I consider it a sort of apprenticeship. I now work extensively in traditional spheres so have access to lots of material.

Which Bellowhead track do you most like to play live?
I have to say London Town, ’cos i wrote it and get royalties for it!

How did the writing and recording of Matachin differ from the début?
Matachin features tracks by a wide range of band members so has a variety to it. The recording process was actually quite quick, although unlike Burlesque, we didn’t know all of the tracks before we recorded them. 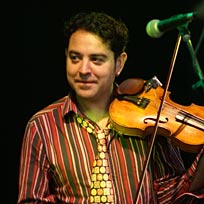 You recently took Bellowhead to Germany and Canada. What did you get up to over there?
We had a great response in both countries, even on our last night in Canada when we played during a really heavy storm - sheet lightening and everything. I can’t really remember what we got up to, and if i did I probably couldn’t tell you.

How is the Bellowhead set list decided each night and does it vary a lot?
It gets written out 5 minutes before we go on. We do vary it depending on the venue and audience, and the length of our set obviously. Festival crowds get more upbeat dance numbers, concert audiences a more sober experience in the first half.

You’re touring with Bellowhead, Faustus and Belshazzar’s Feast fairly solidly for the rest of 2008. Is it hard to find time to develop new material for each of these projects?
Very hard indeed, and also a juggling act in terms of my schedule. I’m always looking out for new material, but have to confess I haven’t written anything for Matachin.

What are you working on next?
I have a couple of song ideas for Bellowhead. I’m also helping out on the reissue of The Wanton Seed, a really important traditional song book originally released in 1968. But most importantly, I’m going on holiday tomorrow! 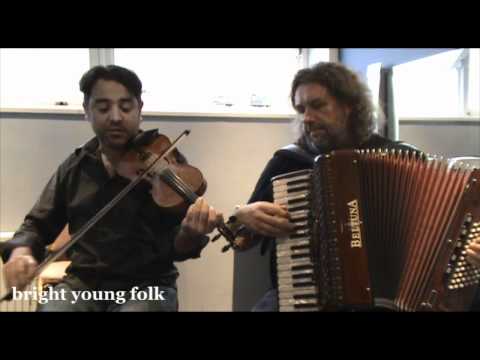 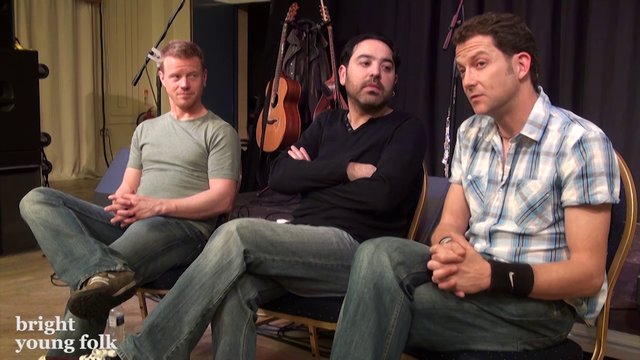 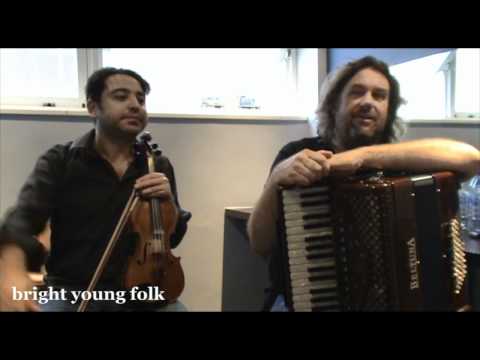